What is a Class Action?

Simpluris delivers reliable and comprehensive class action administration in the industry. Over 6000 cases and billions distributed
By Simpluris Research Team 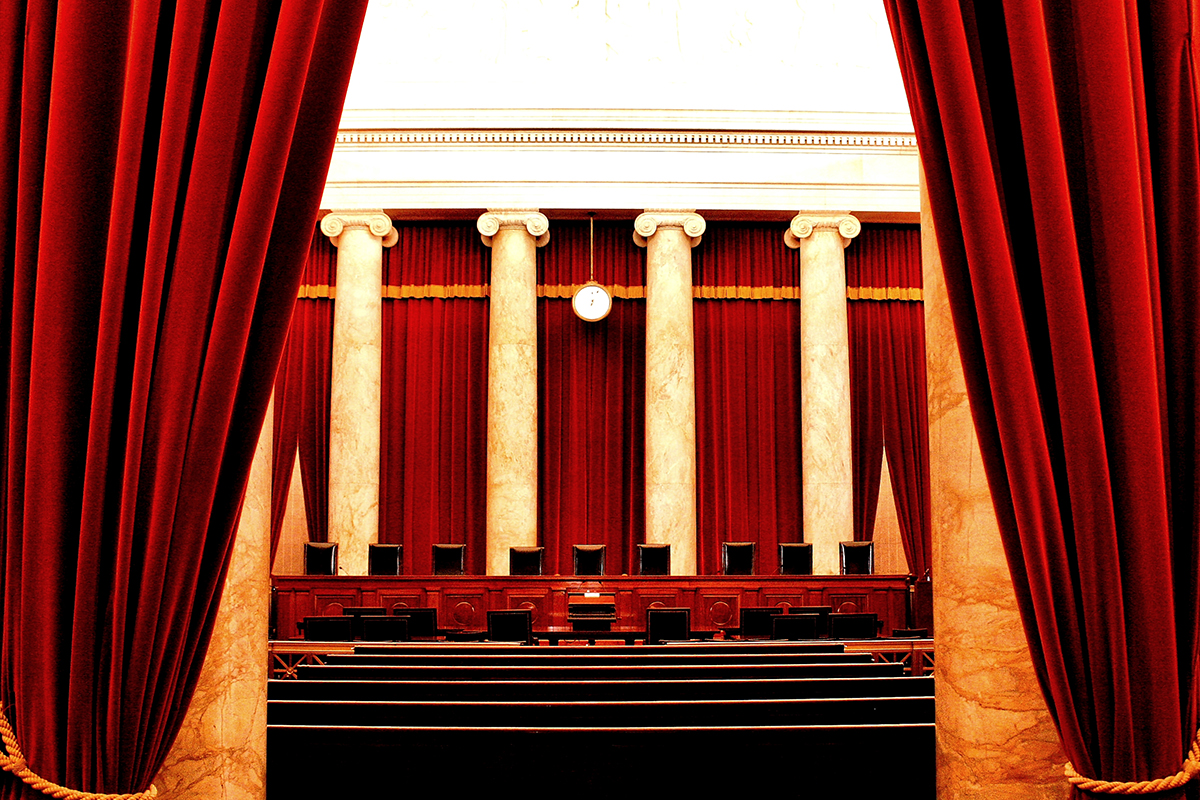 Every day Simpluris and other class action administrators send notices in all shapes and sizes to unsuspecting presumed class members about lawsuits potentially adjudicating their rights and possible compensation. What is a class action? Why are they writing to me? What do I do? This article provides fundamental introductory guidance to class action law and administration for anyone seeking introductory information on the subject.

A class-action lawsuit is unique as particularly defined groups (individuals and/or entities) are not before the court as parties but instead collectively represented by individual member plaintiffs. These ‘unnamed’ class members are then bound by orders, judgments, and settlements of a ‘certified class’ unless they elect to opt-out. While class actions origins are based upon English common law of equity, our modern procedures and requirements are a uniquely American phenomenon and have various interlocking requirements to obtain ‘certification’ as a class.

And it is admittedly confusing.

Courts sometimes welcome class actions as an alternative to multiple similar lawsuits. Class actions are particularly useful for smaller individual claims that would otherwise be uneconomical lawsuits but address largely pervasive wrongful activities, such as a cellular telephone company overcharging millions of people each month a small amount. No one, individually, wants to bother suing over $30 of improper charges every year. Class actions allow these aggrieved consumers to collectively bring their ‘similar’ multiple claims for a company’s systematic large-scale misconduct that impacts each customer essentially in similar ways. Indeed, business defendants sometimes even appreciate the virtues of class actions as there is a single merits determination on a legal issue rather than facing multiple lawsuits again and again that may have varying rulings. Of course, class actions can be massive litigation undertakings taking years to resolve with immense administrative challenges of identifying class members and notifying them of their rights and claim procedures (and that is where Simpluris makes it easier for everyone, the courts, parties, class members and attorneys).

A few definitions are useful to understand unique aspects of class actions.

‘Class Representatives’ are the actually named plaintiffs stated in the complaint and before the court. They would be the individuals (and could be entities) answering deposition and discovery questions, and sometimes even testifying in court as the ‘Representative’ of the ‘Class.’ Consider any group coming before a decision-maker. A few spokespersons voice the group’s concerns. After speaking the assemblage, all grumble, ‘yeah, me too. I have the same gripe.’

‘Unnamed Class Members’ are members of the group possessing that gripe, but their names do not appear on the complaint. The Class Representative speaks for them.

‘Certification’ is the class action legal process whereby a judge determines there are enough similarities between the Class Representatives and the Unnamed Class Members to proceed as one large case instead of multiple smaller cases. This decision is based upon the factors discussed below.

These four concepts, numerosity, commonality, typicality, and adequacy of representation, are the core modern principles a court considers determining if a viable class action exists. Sometimes these concepts overlap, making understanding difficult for attorneys and layman alike. Indeed, trial courts are sometimes overruled by the higher appeals courts on these issues.

Numerosity involves the issue of so many class members that addressing their claims individually is deemed ‘impracticable’ from a judicial administration point of view. In the eyes of the courts, having all members claims appear in their own name in a single lawsuit is the usual preferred mode of litigation --- not class actions. However, when it would ‘inequitable’ or ‘impractical’ to have every member appear in court, then a class action can be deemed appropriate. But ‘impracticable’ does not mean ‘impossible.’ The usual context is unknown class members that cannot be identified at the time of ‘certification’ without follow up class action procedures, meaning the court determines a class action is viable, and the members can be identified afterward (the reason you are receiving a court notice from Simpluris or another class action administrator).

How many members are too little, how many is enough? If the class is less than 20 attorneys do not consider filing a class action. If more than 40 in class attorneys are in comfort zone to satisfy the court’s numerosity concerns.

Commonality involves whether the law and facts are alike for all class members. The focus is on the class definition, not the class representative. A recent U.S. Supreme Court ruling found this requirement is satisfied if there is a ‘single common question that is capable of classwide resolution with ‘one stroke'. Hence, the precise class definition is critical to determine who is entitled to relief, to be bound by any judgment or settlement, and entitled to the notice you received via email, postal mail, saw in the newspaper or read on the internet. A standard commonality circumstance is all members having purchased the same allegedly defective product.

Typicality focuses on the class representatives’ claim, does it arise from the same event, practice, or course of defendant’s conduct that would also give rise to class members claims, and is based on the same legal theory? While typical, the representative’s claims need not be ‘identical’ to unnamed class members but must generally possess the same interest and suffer the same injury as the unnamed members. This requirement ensures the class representative will vigorously prosecute the case for the benefit of the entire class. If this seems a little confusing, it is generally accepted that commonality and typicality issues and concepts are interrelated and overlap.

Embroiled within, but not really a part of, the typicality requirement is the ‘actual injury’ requirement. The overarching legal term is called ‘standing.’ The class representative must have more than a potential or hypothetical injury. The same is not true for the class members. For instance, consider a class comprised of purchasers of defective washing machines. Not everyone who has bought the machine has yet experienced the defect. Some machines will exhibit the defect at a future point, others never at all. For the unnamed class member that does not matter, but for the sake of 'standing', the named class action representatives must have an actual injury, such as their washer is already defective or not working properly. Differences in the amount of injury, or no injury at all, are addressed during claims administration (another part of Simpluris’ class administration function).

Adequacy of representation is a two-part inquiry. First, will the class representatives be vigorous in the prosecution of the case on behalf of the class members, and secondly, is the attorney representing the class members qualified and competent to do so? As you can see, this attempt at a simple explanation starts to get complicated. Imagine once the law books are opened!

The adequacy requirement regarding attorneys is an assurance to the court that counsel has qualifications and experience to litigate a usually complex class action lawsuit. For instance, an attorney previously handling ‘mass torts,’ meaning lots of people harmed the same way but suing individually, qualifications would not be questioned. But an attorney spending a lifetime only handling evictions might not satisfy court requirements. Usually, an attorney new to class actions associates an experienced litigator for their initial cases until they learn the ropes.

And Then There is Ascertainability

Not all class actions are the same. For instance, if the lawsuit involves seeking an injunction regarding criminal prisoner’s rights, there is no need to determine the names or the exact number of inmates as the action seeks to direct the government to act, or not act, in a certain way. If successful, the government is then ordered to institute a policy affecting all prisoners. Their identities are unimportant. However, if the class-action lawsuit seeks monetary relief, then the court wants to know is there a way to identify and contact class members. Everyone who has bought a brand of cell phone can possibly get a text message, but everyone purchasing a particular candy bar presents ascertainability problems. How do you find consumers of a  candy bar? How large and dispersed is the class? Are they all in the same general location, or spread throughout the world? Is there a mechanism to provide class members notice, and to determine and distribute individual damage claims? The court is concerned about whether the proposed certified class is ‘manageable,’ i.e., once certified is the court creating a bigger mess it cannot administer (even with Simpluris’ help).

When Are These Decisions Made?

In a standard civil case, a plaintiff files a lawsuit, and unless the case is dismissed for failing to state a claim, or on summary judgment (no issues of fact or law making a trial unnecessary), the case proceeds to trial if not resolved beforehand. In a class action, the trial court judge decides whether a class action is to be ‘certified’ --- meaning he or she approves that lawsuit can go forward on a class basis. When proposed class members file a class action, it should be looked upon as a ‘proposal’ to go forward as a class action. The trial court always has wide discretion whether to certify a class and allow it to proceed as the higher courts appreciate the intricate detail trial judges face making these decisions. As shown above, the issues can become complex and can take a long time to resolve. And even when the class is certified, it does not mean the judge has ruled the defendant is liable, but only that a group of people all have similar facts claims based on the same law.

And just to throw in an extra wrench, a defendant can move to ‘decertify’ a class at any time, usually based on new facts or law.

I Have the Notice from the Class Action Administrator - What Do I Do?

The notices are mandated to be written simply for laypersons. However, it is quite possible that you do not understand the notice because it still contains legal concepts. The notices always have numbers to call or places to write, usually the lawyers involved and the class action administrator. Most of the time if you call the lawyers, they will direct you to the administrator anyway because we are paid to assist, and usually can answer your questions better than the lawyer as we are dealing with the nitty details of the claims on a daily basis. And it is not unusual for the same questions to be raised on the case as so many unnamed members received the same notices. Indeed, sometimes we  at Simpluris receive so many questions from class members on the same matter the attorneys must go back to court to clarify the notices for the unnamed class members.

Want to know more about class actions? We encourage you to continue looking through our research section where you will find numerous articles  on the various nuances of class action settlements!